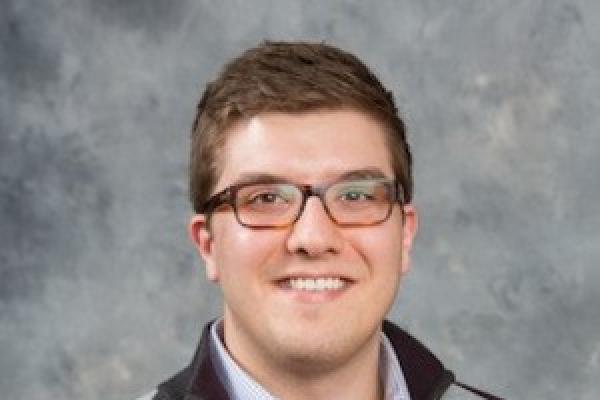 Jason Pitarresi is currently an NIH/NRSA F32 Postdoctoral Fellow in the lab of Anil K. Rustgi at the University of Pennsylvania’s Abramson Cancer Center.

He describes his OSBP experience as a very positive one, both intellectually and for his career in academic research. Jason started in OSBP in 2010 after his graduation from SUNY College at Geneseo where he majored in Biochemistry.  He joined the lab of Michael C. Ostrowski in the OSU Comprehensive Cancer Center and studied the role that fibroblasts play during pancreatic cancer initation and progression. He was awarded both a Peletonia Fellowship and an NIH F31 Fellowship to support his graduate work.  While training under Dr. Ostrowski, Jason describes learning how to become a well-rounded scientist and pushing himself to do the most relevant and innovative science possible.

Jason has co-authored 7 publications since he graduated in Summer 2016.  He is particularly proud of two of these: his co-first author paper “Genetic ablation of Smoothened in pancreatic fibroblasts increases acinar-ductal metaplasia” which was highlighted as the cover article for the September 2016 issue of Genes & Development and selected for F1000Prime, and his review article on “The ETS family of oncogenic transcription factors in solid tumours”, which was published in Nature Reviews Cancer in 2017.

Favorite memory while at Ohio State University: Jason says “is going to my first Ohio State football game with my wife (who I met at Ohio State), and eventually watching the buckeyes win the 2015 College Football National Championship.”  So many great things happening at Ohio State!